Posted on Apr 30, 2015 by Casey Hagen   No Comments Yet | Posted in Uncategorized

I’ve always said that as my children get older time starts flying faster until it’s like I’m launched in a slingshot, reaching out, desperate to grasp experiences, moments, and memories as they fly past me. Now that I’m a writer…the feeling has grown exponentially! 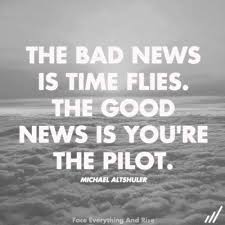 So this week, in a desperate attempt to stay organized, to not forget anything, and to keep myself efficiently moving forward instead of spinning in dizzying circles like a chicken with its head cut off (yes folks, this happens, I had one chase me once…a story for another time) I put together my organization corner.

I finally had to break down and buy a dry erase calendar for my wall. Actually, two calendars, one for the month, one for the current week. In the past, I’ve bought planners and had been good about using them…for about two months. Unless they’re in my face, I forget to update them. Then I get sick of them taking up space and tuck them into a drawer. This folks, is the kiss of death for planners. 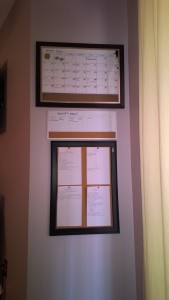 Before I know it I’m back to tearing my hair out, trying to do everything at once devoting ten minutes at a time to each task and driving myself out of my damn mind.

I also added a much-needed corkboard that holds my four “To Do” lists. Right now, the writing list and house updating list are competing heavily for my time, and there’s that prom dress that needs alterations before Saturday…yes this coming Saturday! Don’t cringe…at least I designed and ordered the graduation party invites. I like to celebrate the small victories!

Then there are those things not on the list. Like the millionth time one of my daughters interrupts me when I’m on a hot streak with my writing. Usually to tell me something she’s already told me before. Ten minutes later I finally get back into your scene and the phone rings. And so it goes for the rest of the day.

Despite all the interruptions and the disorganization, I have managed to finish my first book and I’m currently about sixty-five percent into my second. Because I did manage to get my ducks in a row at some point, the task a little like herding cats, I earned by RWA PRO status and pin. So this week in the midst of all the interruptions, flying through life on that slingshot, I’m doing so with my badge of honor by my side!